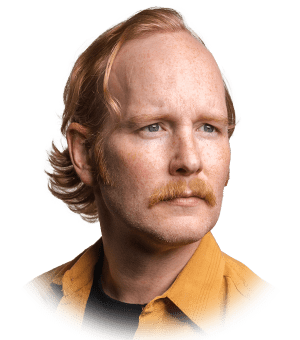 Colin Cowan is a stand-up comedian, actor, director, writer, producer & musician based in Vancouver, Canada. Professionally active since 2001, some past credits include Just For Laughs Vancouver/Northwest, NBC’s Trial & Error, The Second City (Toronto), CBC’s This Is That, and The Edinburgh Fringe Festival. An avid shape-shifter, he can be found performing stand-up comedy and obscure-character comedy regularly onstage at clubs & revues around Vancouver when he is not on the road. He also tours playing music internationally with many bands including Destroyer and his own project Elastic Stars.