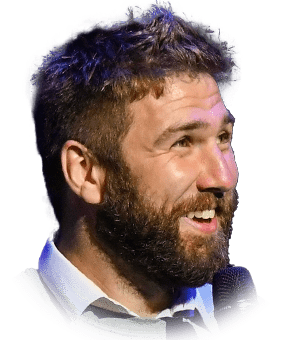 Myles has appeared at Just For Laughs Toronto, been featured on Amazon Prime’s stand-up series Comedy Brew, and appeared on CBC’s The Debaters & CBC’s Laugh Out Loud.

Myles has performed at comedy festivals all over North America and was a headlining performer at the 2022 Grey Cup Festival in Regina. He currently narrates “Dirt Farmers” on City TV, now entering its fourth season.

Myles’ appearance at the Laugh After Dark Comedy Festival in Las Vegas will air on Prime Video and Hulu in 2023. Myles’ albums can regularly be heard on SiriusXM’s Just For Laughs Canada, and his new album “You Better Be Funny” from Cottage Comedy Digital is now streaming.

Saskatchewan’s own Myles Morrison is a force on stage, and his clever blend of observations and storytelling makes him a surefire hit with any audience.